The Prophecy Show The Music of Trans ~ Siberian Orchestra 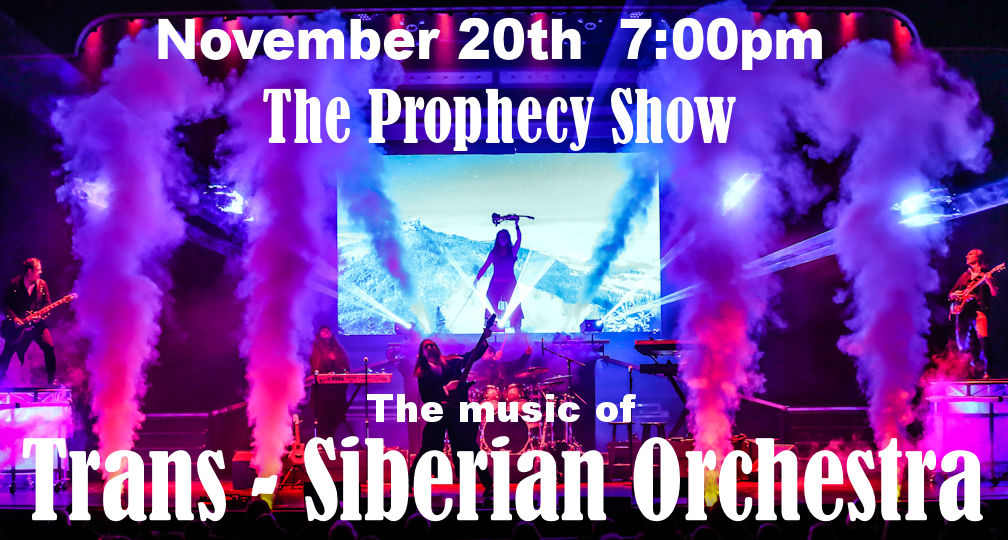 come together to create nothing short of an electrifying evening of holiday rock music.

Performing in the style of Trans-Siberian Orchestra, The Prophecy Show has spared no details when it comes to the costumes, choreography, music, lasers and fog.

With more than 10 million albums sold, the original Trans-Siberian Orchestra has inspired generations of fans to rediscover the multi-dimensional art form of the rock opera.

Meanwhile, on the road, they have become one of the world’s top acts,

with Billboard magazine naming TSO as one of the top touring artists of the past decade.

The Prophecy Show delivers all the flash, flair, and musical magic to some of the more intimate venues across the country.

Each of these musicians possess several music degrees and have been hand selected by Producer and Lead Guitarist Thomas Rudebeck, who prides himself on giving the audience the best possible production and sound available.

Audiences everywhere are celebrating over 20 years of

the most famous holiday rock music ever created with the TSO rock opera that is legendary.

Come experience the power, the music and the magic once again this Christmas season at the Shreveport Municipal Auditorium as the Prophecy Show performs all your favorite music from the Trans-Siberian Orchestra and more!