COMEDIAN NATE BARGATZE ANNOUNCES HIS 2023 THE BE FUNNY TOUR 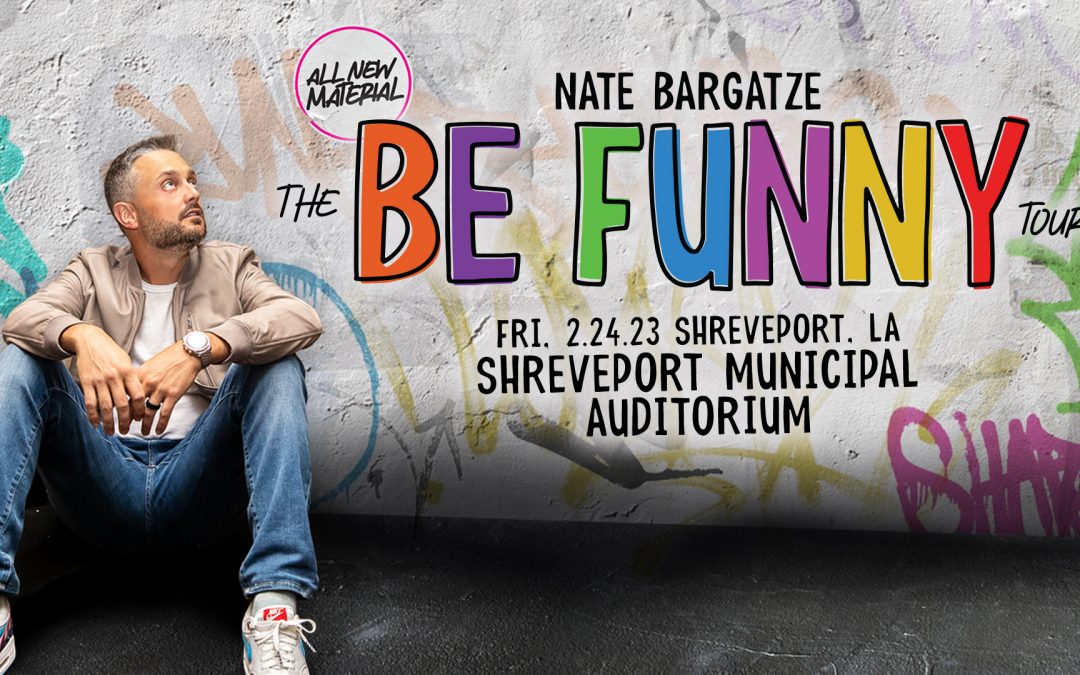 COMEDIAN NATE BARGATZE ANNOUNCES HIS 2023 THE BE FUNNY TOUR

The comedian will be in Shreveport, LA on February 24th, 2023 at the Shreveport Municipal Auditorium.

Tickets Go On Sale Friday, October 14 at 10am

Shreveport, LA (October 11, 2022) –Comedian Nate Bargatze announced today 26 dates for his 2023 THE BE FUNNY TOUR that will include a stop at the Shreveport Municipal Auditorium on February 24th, 2023 in Shreveport, LA. Tickets will go on sale Friday, October 14 at 10am (local time) with artist presale beginning Wednesday, October 12 at 10am (local time). The new tour will include all new material with more dates to be announced soon. For more information and tickets, visit natebargatze.com.

Hailing from Old Hickory, Tennessee, stand-up comedian Nate Bargatze has been recognized this year as “The Nicest Man in Stand-Up,” by The Atlantic Magazine and a “Rising Star,” by CBS Morning. The 2021 Grammy nominated comedian and podcaster Nate Bargatze is selling out shows across the world.

Bargatze’s comedy is both clean and relatable, which is evident in his ten appearances on The Tonight Show Starring Jimmy Fallon following four appearances on Late Night with Conan O’Brien. Both of Nate’s one-hour Netflix specials, The Tennessee Kid (2019) and The Greatest Average American (2021) premiered globally with rave reviews.

In July 2020, the comedian teamed up with All Things Comedy to release his new podcast, Nateland. The world is a crazy place and there’s plenty of podcasts out there tackling the tough issues. However, Nateland tackles the meaningless issues that we face day to day to give listeners a much-needed mental break from fighting the good fight. New episodes release Wednesdays, with video available on Nate’s YouTube channel and audio available everywhere you get podcasts.

NATE BARGATZE: THE BE FUNNY TOUR