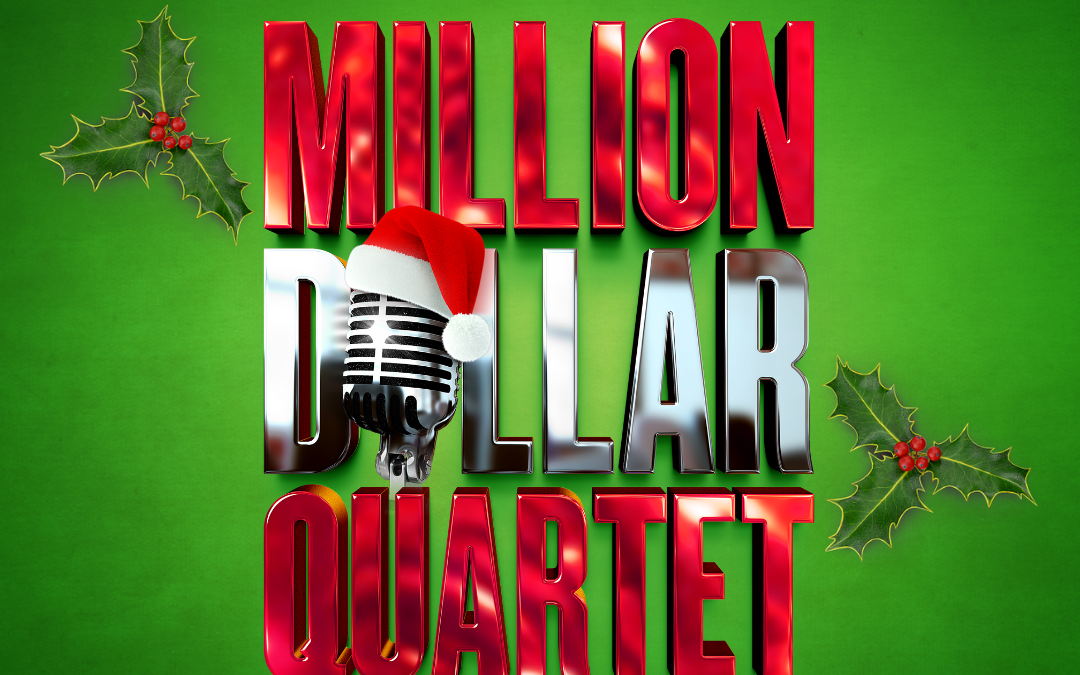 There’s no place like home for the holidays, and Sun Records is just that for rock ‘n’ roll newcomers and soon-to-be legends – Johnny Cash, Jerry Lee Lewis, Carl Perkins, and Elvis Presley. In a fortuitous twist of fate, all four musicians stop by their famous Memphis recording studio alma mater the same wintry evening, unbeknownst to them that they had the front seat to a revolution.

Million Dollar Quartet Christmas brings that momentous homecoming to life with an electrifying tale of family, nostalgia, faith, humor, heartbreak, and revelry. Journey through a story of Christmas past, present, and future, jam-packed with unforgettable performances of classic holiday hits and favorite chart toppers such as “Jingle Bell Rock,” “Rockin’ Around the Christmas Tree,” “Don’t Be Cruel,” “Blue Christmas,” “Santa Claus is Comin’ To Town,” “Ring of Fire,” “Santa Baby,” “I’ll Be Home For Christmas,” “Run Run Rudolph”  and more.

Scott Weinstein (Director) is an award-winning Director and Writer based in New York City. His work as a director has been seen at major regional theaters around the country and he recently won the Joseph Jefferson award for his Actor-Musician, chamber-style re-conception of Ragtime with Griffin Theatre, where he is an ensemble member. Scott was the Associate and Resident Director for the Broadway National Tour, Las Vegas, and Chicago productions of the hit musical Million Dollar Quartet. He has developed new work at the Rhinebeck Writers Retreat, Pittsburgh CLO, The American Music Theatre Project, The Marriott Theatre, Route 66 Theatre, The Rev, Norwegian Creative Studios, and others. Graduated from Northwestern University and am a proud member of the Stage Directors and Choreographers Society. He is represented by William Morris Endeavor. www.ScottGWeinstein.com

Chuck Mead (Music Supervision/Arrangements/Orchestrations) is best known for being one of the founding members of the three-time Grammy-nominated, Country Music Association Award-winning country music group BR5-49. Between 1996 and 2005 the band released seven successful records before disbanding. In 2006 he started work as Music Supervisor/Director of the Tony Award-winning Broadway musical “Million Dollar Quartet.” A member of the original creative team, he shaped the music for the Chicago, Broadway, West End, Las Vegas, and National Tour productions of MDQ all the while touring the world with his band and releasing four critically acclaimed solo albums. In 2017, Mead oversaw the music for the CMT television series “Sun Records” and in 2021 worked as Music Supervisor for the upcoming feature film “Neon Highway.”